The David Randall Foundation was conceived by members of Maldon Cricket Club in February 2012 when David Randall (aged 26), a member of the club since the age of 6, was diagnosed as having terminal cancer.

David was an enthusiastic cricketer from a very early age and was determined to excel at the sport. Throughout his youth and teens he lived and breathed cricket, teaching himself all the techniques from an Imran Khan coaching manual and then putting them into practice at a local field with his long suffering parents being required to throw down balls in specific areas so he could perfect a particular stroke.

All his hard work paid off when he was noticed by coaches at Maldon Cricket Club and sent to county trials at the age of 10. David continued to dedicate himself to reaching the highest possible standard and he played for Essex teams from Under 10 to Under 19, being the player of the year for five years in succession. He was also selected for the South of England team at every age group and was part of the England Under 15 squad.

At Maldon Cricket Club, David (affectionately known as Arkle by his team mates) made his debut for the first team at age 13 and continued to play for the team and score runs even after being diagnosed with cancer.  David also became a popular and dedicated coach, inspiring the young people he taught both at Maldon Cricket Club and the Essex Central board squads with his dedication and passion.

As well as sport, David’s other enthusiasm was music and the Randall household was often treated to performances from a very diverse repertoire – his taste in music was eclectic, loving classical music, jazz, soul and  a huge variety of pop music such as Elton John, Robbie Williams and Jamiroquai.  David was a founder member of the popular Maldon band Soul Attraction who until his death performed at numerous charity and club events – including at the first Rock Up For Randall event, which was run as a way of Maldon Cricket Club showing their support for David as he underwent treatment.  Rock Up For Randall now continues annually, going from strength to strength as a community fundraising event for the David Randall Foundation.

It is perhaps testament to David’s stamina and determination that he completed the Maldon Mud Race, raising money for MacMillan nurses, less than a week before he collapsed on an aeroplane in May 2011.  It was this collapse which led to the diagnosis of his illness and David sadly died on 6th July 2012, aged 27.

Both in illness and in health David provided an inspirational example to others.  He pursued the activities he loved for the joy and passion he felt for them, rather than for any adulation that may result from having taken part.  When struck by illness David’s qualities shone through even more strongly. He bore the illness with equanimity and bravery – never once complaining or asking ‘why me?’ and, whilst battling to enjoy life until the very end, he faced the inevitable outcome with a humble, calm acceptance.

Through the David Randall Foundation it is hoped that such qualities will be encouraged in others whilst they pursue their ambitions and that David may continue to inspire and encourage others for generations to come. 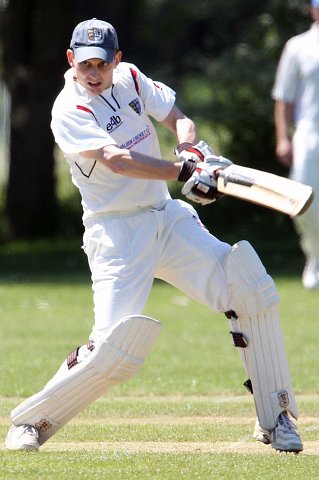 Visit our Scholarships and Inspirational Awards page for details of our latest awards.

Check out the "Good Days" section of our website.

This event has been postponed until 2022. Details to be confirmed in due course.

The 10th Anniversary "Rock up for Randall"

Watch this space for details of the 2021 event.

Caprice Concert in aid of DRF